We often think that because we have a person in the office that speaks French that they would be perfect to translate documents from English to French. There are a couple reasons why that is not a good idea and if the translation is for your company documents it can be even more damaging.

The reasoning is very similar to the reasons that you don’t let your fifteen year old teenager handle your social media marketing for your company. They may know how to use the platform but the language they use and the way they talk can be very different from the way your company wants to portray themselves to their customers.

French is not the same, people may know French but how they talk and the region they’re from can drastically change the vocabulary affecting the translation. This is especially true if the French is based from other parts of the World such as France where the dialect is different. The same is true in English from Canada to the United Kingdom. The way we speak can be very different.

There are two reasons why it may not be a good idea to use someone in the office just because they speak a certain language. The first one is that the person may not be investigative enough to do the translation properly. When translating documents many times even though we may have an idea for a phrase we spend a lot of time looking for a better word or phrase to help understand the translation.

The second reason is the dialect itself. French changes from region to region even in Provinces close to each other. French in Quebec can be very different from the French in New Brunswick, is different from French in Louisiana, and Different than Paris France. 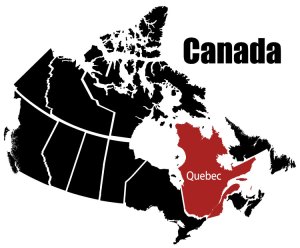 So next time you are looking to translate that corporate document and think that the person with basic French can translate the document you may want to think twice. Translation is much more than just changing from one language to another. Meanings change when translation is done and just doing literal translation can change the whole meaning of your document.

Check out these great articles in the blog!